A breakthrough project – a Commission on Social Security aiming for radical change to the way the system works and led by the claimants themselves – was launched in London this week (click on heading below):

Call for help to design a social security system of dignity, respect and trust

The full website is www.commissiononsocialsecurity.com
If you click on the link below it should take you straight to the online Call for Solutions form – deadline for submissions 31st July.
PLEASE LET US KNOW WHAT YOU THINK – YOU CAN MAKE A DIFFERENCE!
https://warwick.co1.qualtrics.com/jfe/form/SV_0BNZ7EnuWbbhsBn

Women are being “forced into selling sex” because they have few other options and live in fear of the state, an MP has warned.

Steve McCabe’s comments come after the Work and Pensions Committee held its first parliamentary hearing on evidence that welfare reforms, including Universal Credit, are linked to a rise in “survival sex”.

The Committee heard evidence from charities and support organisations directly supporting people, mainly young women and mothers, who are involved in sex work in order to earn enough money for living essentials, such as food or a place to stay.

He told Sky News: “The witnesses we saw in private were all young women. They felt they had largely been forced into selling sex as they had few other options.

“They were all the product of abusive relationships and/or childhoods.

“In some cases they are mothers with young children and live in fear of the state or the “authorities”.

Mr McCabe added that most of the women lacked basic computer and online skills and often had an incomplete education and issues accessing Universal Credit.

He continued: “They have missed many years of school although they are undoubtedly not stupid.

“Universal Credit is paid to one person in the household and this might well be an abusive partner. The Select Committee has persistently challenged the DWP [the Department for Work and Pensions] over this.”

Rise of ‘survival sex’
Women are exchanging sex for living essentials because of welfare reforms.

A DWP spokesperson said: “We are working closely with the Select Committee to respond to their call for evidence.

“With Universal Credit no one has to wait five weeks to be paid, as your first payment is available as an advance on day one.

“We continue to provide a safety net for the most vulnerable and have made numerous improvements to the welfare system since 2016.”

Universal Credit, a social security payment in the UK, has long been the subject of criticism, with warnings people are being pushed into debt, rent arrears and a rise in food bank dependency due to delays in payments.

The parliamentary hearing follows the UN’s special rapporteur on extreme poverty’s visit to the UK.

In a report on Wednesday, Professor Philip Alston said there were 14 million people living in poverty in Britain and “record levels of hunger and homelessness”.

He said the government had acted on some issues he raised beforehand, delaying the rollout of Universal Credit and improving it.

But he added: “For all the talk that austerity is over, massive disinvestment in the social safety net continues unabated.”

Following the financial crisis in 2008, the government enacted spending cuts in welfare as part of austerity programmes to balance the books. 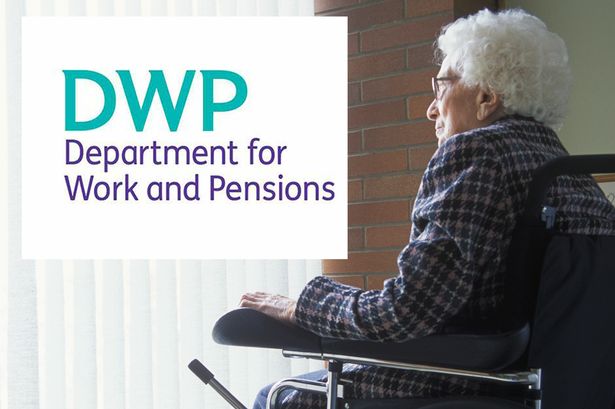 This is something Southwark Know Your Rights group have been lobbying the DWP on locally and nationally for over a year. Good that the medical profession and Z2K have got on board. Please click on link below to sign their petition:

WaterSure Plus is for low income households and aims to help them pay their water bills by giving a meaningful discount. If your household is on a low income (currently below £16,105 or £19,201 for London residents) you may qualify for a discount on your bills by applying for WaterSure Plus. For the year 2019/20 the discount has been set at 50% of the total bill but may vary in the future dependent on levels of income.

This scheme caps the bills for those on a water meter who are using larger amounts of water because of having a larger family or a water dependent medical condition.
If you are on a water meter and still use lots of water because you have a large family or a water dependent medical condition, WaterSure may be able to help reduce your bills.
If you qualify Thames Water will cap your water bills to the average other customers pay. For the year from 1st April 2019 that’s a total of £398 (made up of £210 water and £188 for waste). The amount changes slightly each year as bills change.
If the amount of water you use costs less than the maximum you will only pay for what you use, so the bill could be lower than £398.
All water companies provide the WaterSure scheme. If you are billed by another company you should apply to them in the first instance.
If you need more help or information, or you’d like to talk through how to apply or whether you might qualify, you can call Thames Water Extra Care Services Team on 0800 009 3652. Lines are open 9am-5pm Monday to Friday.